How Courts Divide Your Stuff 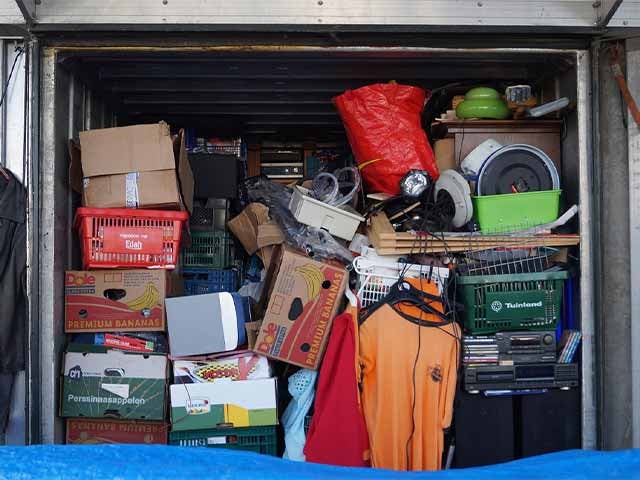 How do Florida Courts divide your stuff?

Are you curious how our Florida courts divide your assets and liabilities in a divorce?

Equitable Distribution is the fancy term given to the fair division of what you own and what you owe. As an Orlando divorce lawyer, I help people understand property division every day. Let me help you understand equitable distribution with a story.

A couple of weekends ago, our neighbor who recently sold her house had a massive yard sale. Almost no parking is available in front of her home. The hoards squeezed their cars along the side of our Saturday-busy road and onto our easement and into our driveway. What an invasion!

As my wife and I peered out the window like a couple of nosy neighbors, we traded exclamations regarding the audacity of some people and their inability to observe our boundaries. Hey, that's our driveway! Get the heck off our easement - we just mowed!

The thing is, the cars had a right to be on the easement. Maybe not in the driveway, but the easement was fair game. And yet, we perceive the easement as our land because we take care of it. We think we have the sole right to the use of the property.

Let's take a look at a few different types of things people own.

For those of you going through a Florida divorce, do you know that your spouse may be entitled to a significant portion of your retirement benefits? The 401(k) you view as your sole property may be divided between you and your spouse in your divorce.

Countless clients I have helped over the years have said this. Which is usually followed by questions like:

"But I worked hard all these years to build my retirement!" "She didn't put in all the hard work so why should she get part of my retirement?" "But this is what I planned to live on for my retirement. I won't be able to retire now if he gets half of it!"

This is the reality of divorce in Florida. If you are unable to work out a settlement with your spouse and you need a Judge to make these kinds of decision for you, they are going to do what they think is fair according to our laws. In Florida, anything obtained during your marriage is presumed to be what is called a Marital Asset. In other words, you and your spouse each own a part of it.

Stuff You Got Before You Were Married

Would it surprise you to learn that your spouse may be entitled to a portion of the value of your pre-marital assets (those things you acquired before you were married)? If for example, you co-mingled your stuff or maintained them with marital funds, what you thought was separate might actually be marital? The value of that property you acquired before you were married may be on the negotiating table in the equitable distribution of your marital assets.

Your Classic Car You Worked So Hard To Restore

Let's say you bought a classic car before you were married; a 1966 Mustang. You paid $4000 for it when you bought it in high school. After you got married, you put a lot of blood, sweat, money and tears into restoring it. You recently had it appraised at $30,000. All that money and effort you put into restoring your beloved car increased its value by $26,000. Congratulations! Great job!! The Court will likely take that $26,000 increase in value and give one-half of it (50%) to your spouse.

"Not fair!" you say. "That car was mine long before we got married!" What you did not realize was any increase in value of something you owned before you got married by spending marital money or using marital effort to improve it will now be valued by the Court and divided between you and your spouse.

You bought a home after you were married. Your Wife did not work outside of the home and you are the one who slaved at a 9 to 5 job to provide for you and your family. You paid the mortgage, the taxes, and for all the maintenance and upkeep of the home for the last 20 years. You believe the house is yours right?

The Court will see it as a Marital Assets belonging to both of you, and the value of your home needs to be fairly divided between you. This typically means that the home will be listed for sale and the proceeds will be split evenly between you (50/50). Not always, but many times this is what happens.

Anything purchased or obtained during a marriage is presumed to be owned by both of you. Any money spent for the home was marital and any efforts to maintain the home, repair it, or improve it are also marital. So, both of you have an ownership interest in the value of the home.

It does not matter who actually spent the money or who labored to fix, maintain, or improve the home. Because you are married, the home belongs to both of you and needs to be fairly divided between you.

Equitable distribution can be a challenging matter in divorce. How courts divide your stuff will depend on what type of assets you own together and separately. It also may be difficult as a non-lawyer to ascertain what is and what is not considered fair game.

Answering the question how courts divide your stuff is not always as easy or straightforward as most people think it should be. Is our system fair? I will leave that to you to decide.