What Do I Need to Know about Enforcement?

Sometimes people don’t do what they’re supposed to.

You have a court order and someone is not doing what they are supposed to do and you need help.

This type of situation happens in all aspects of family law from custody, to spitting up your stuff, to spousal support, and child support.

Custody of minor children is probably the number one source of conflict between divorced parents. Here are some typical examples of enforcement issues related to custody, also known as parenting:

PROBLEMS SPLITTING UP YOUR STUFF

Splitting up your stuff, also known as equitable distribution, is a frequent source of problems after a divorce. The following are some examples:

Spousal support is another area of family law where we can see intense conflict between the spouses both before and after a divorce. Most often, the failure to pay spousal support as ordered by a court judge is the problem.

Typically, the other spouse is not paying on time or paying the full amount or not paying at all.

Like spousal support, problems with child support most often arise when a parent is not paying the court ordered child support on time or not at all.

Sometimes, one spouse agrees or is ordered to pay the attorney’s fees of the other spouse. And even with a court order, that spouse fails to pay.

It is a refusal to obey any legal order, mandate, or decree made or given by any judge. A court order is a command by the court directed at someone to either do something or refrain from doing something. The order must be clear as to what is required so that the person it is directed to knows what is being required of them.

WHEN IS CONTEMPT NOT AN OPTION

For example, if your former spouse was ordered to pay you $20,000 from the sale of a classic car, contempt is not the appropriate remedy because it involves the payment of money not related to support.

However, if your former spouse was ordered to pay you $1,500 per month in spousal support, contempt is the appropriate remedy because the failure to comply with the court order involves support.

The purpose of civil contempt is to remedy or fix a problem by coercing a person into compliance with the court order. Whereas criminal contempt is designed to punish.

WHAT HAPPENS AT A CONTEMPT HEARING FOR SUPPORT

After hearing all the testimony and evidence, a court judge will enter a written order either granting or denying the motion for contempt.

If the motion for contempt is granted, the court may impose sanctions to obtain compliance with the order including the following:

WHAT PROOF IS REQUIRED

The person who filed the motion for contempt must prove that the non-complying person has willfully disobeyed a court order and that he or she has the present ability to comply with the order.

There is a presumption that the non-complying person can comply and it is up to that person to prove that he or she has lost the ability to comply.

Contempt is a good option to enforce a parent’s payment into a child’s college fund as long as that provision was intended as child support.

However, the payment for child’s college expenses cannot be enforced by contempt where the child is over 18.

DECISIONS AND ACTS RELATED TO RELIGION

Our courts will not restrict a parent’s exposure of his or her child to a parent’s religious beliefs unless they can prove that religious activity is harmful to child. Harm to a child from exposure to a certain religion is not shown by telling the court that the child is confused. This is not enough.

Here is an example of a familiar problem for some parents after a divorce:

A mother and father had a visitation schedule and were preparing to exchange their children. The exchange failed when the children refused to go with the father and the mother refused to physically force the children to go with the father. Unless the parenting plan is sufficiently explicit for the mother to determine what her obligation was when the children refused, she should not be held in contempt. The reason is because the court order regarding visitation was not clear enough so that the mother knew what she was supposed to do.

CAN A COURT MODIFY VISITATION IF PARENT FOUND IN CONTEMPT

Contempt should not be used as a basis for change of custody. The purpose of contempt is to compel compliance with a court order. Imposing a sanction of changing custody penalizes children and does not coerce compliance.

However, a court judge may modify visitation if:

CAN COURTS ENFORCE THEIR OWN ORDERS

In general, courts keep the power to enforce their own orders and judgments, and any pos-judgment actions are really just a continuation of the original matter.  A trial court always has the inherent power to enforce its previously entered orders.

IS PERSONAL SERVICE REQUIRED TO ENFORCE AN ORDER

No because the court’s power over the parties has not terminated.

A court judge has no power over visitation with a special needs adult child.

FORMER SPOUSE OR PARENT IS OUT OF STATE

Laches – this defense basically argues that someone waited too long in making an assertion or claim.

ORDERS FROM OTHER STATES

Florida is required to give “full faith and credit” to all final and non-modifiable judgments of other states that were entered in compliance with the due process rights of all the parties. A court judge will presume that a judgment from another state is valid. If the validity of the judgment is challenged, a Florida court will refer to the laws of the state where the judgment was entered.

OTHER WAYS TO ENFORCE FINANCIAL ISSUES

You can get a lien against real property, such as a home or vacant, by recording a certified judgment in the county where the property is located. A lien is effective for seven (7) years. A certified copy of your judgment can be obtain through the Clerk of Courts office where your case was handled.

A mediation agreement is nonbinding and unenforceable regarding child custody and child support issues until a court judge has determined that the agreement is in the best interest of the children and enters an order approving the agreement. 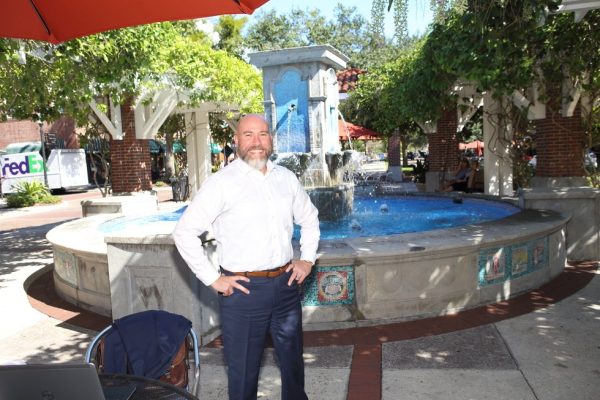 Problems after divorce can be difficult. Divorce is the second, most stressful event someone will ever experience. It is important to know how to choose a good divorce lawyer who can help you identify your rights and responsibilities that you might overlook trying to do it yourself. Having an attorney who focuses their practice 100% on family law and divorce is essential because you need a professional who understands everything about divorce. The anger, the fear, the betrayal, and the anxiety about your financial future.

Divorce and divorce-related situations is all we do here at Leap Frog Divorce. We’re ready to help you today, and we have affordable options.