How One Paternity Case Gave Me Hope | LEAP Podcast 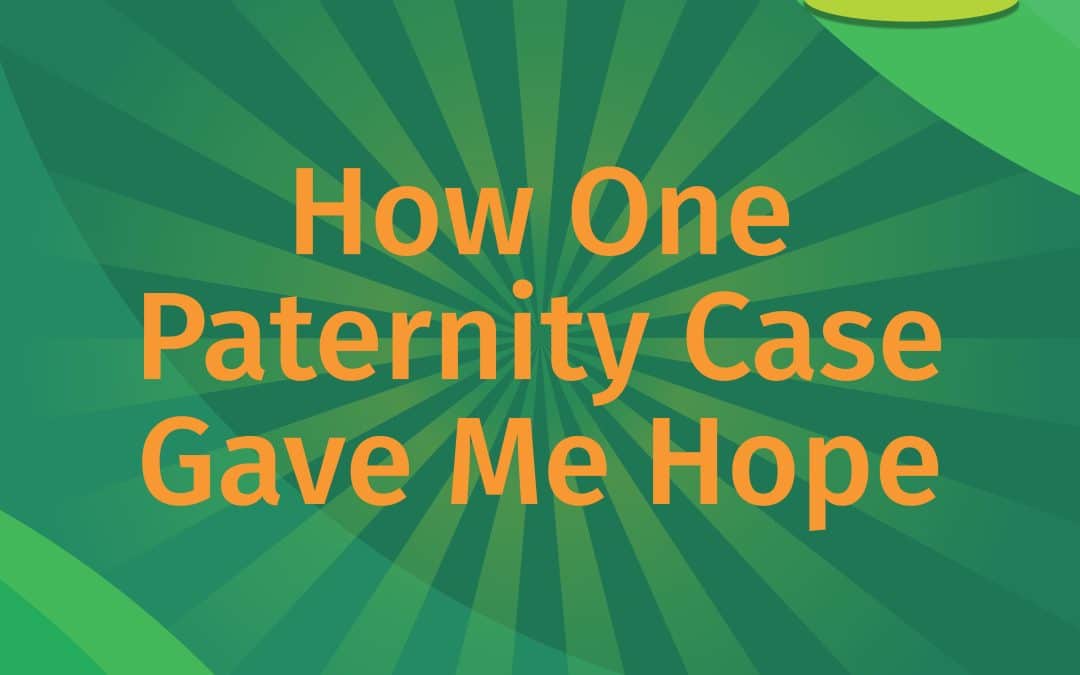 I’d like to share this story of a #paternitycourt case I had, but before I do, I think it’s important to know that paternity cases are when an unmarried couple has a child together and either the father wants to establish legal rights to the child, or the mother wants the biological father to pay child support.

A client came to me and informed me that the father of her daughter showed up and took her daughter, and disappeared. It wasn’t until he contacted her weeks later that he informed her that she won’t have the opportunity to see her daughter or talk to her ever again.

This case ended up going to trial. The #judge ended up warding m client with the majority of #custody and read the riot act to the child’s father.

This is the type of case I enjoy taking on because I know that my contribution will make a difference in this world. I represented this client for free. Doing this reminds me that I’m doing good things in this world. I am being the positive change that I want to see.

If you’re looking for a compassionate, knowledgeable, and experienced lawyer, give me a call. We can go over the details of your case and see if we’d be a good fit to work together.

For those of you that don’t know, paternity is basically when two unmarried people have a child together, and one of them, maybe the father, wants to establish some legal rights to that child, or maybe the mother wants the biological father to pay child support to help raise that child.

And so this was a sad situation, but I feel so blessed to have been given the opportunity to help this particular client out. And I found out later that the work that I did on this case really transformed her life for the better. It was going in a bad direction. And somehow, through the work that I did and the result I was able to achieve for her, it put her back on the straight and narrow path, if you will.

So real quick, here’s the story. So my client had come to me complaining that the father of her daughter had shown up at her apartment one evening, I think it was during a holiday, and took her daughter and disappeared. She didn’t know where he was, didn’t know where her daughter was until he contacted her weeks later. And basically let her know that he has taken their daughter and intends to have her reside with him 100% of the time, and she’s not going to have the opportunity to talk to her, see her or spend any time with her.

So when she came to me, needless to say, she was in a very dark place. And so, without going into all of the details, because this video would be too long, I will say that we had a trial in front of a judge. And I was very successful for my client. And at the end of the day, the judge awarded my client with sole custody, if you will, awarded her the majority of time sharing or visitation with her daughter, gave her what we call makeup time-sharing extra time with her daughter, and basically read the riot act to the child’s father.

And I did that case without charging my client. I did it for free.

And that’s one of those cases over the 12 years that I’ve been practicing family law that always reminds me that I’m doing good things in this world and that I’m changing the world, one person, one family, one child at a time. And that’s what keeps me going every day. That’s what drives me is making that positive change in the world that I want to see.

So, if I sound like the type of lawyer that you would want to work with, the type of lawyer who seems sincere to you, somebody you can trust, I encourage you to reach out to me and contact me I’d be happy to help you with whatever your situation might be.