How To Choose A Mediator 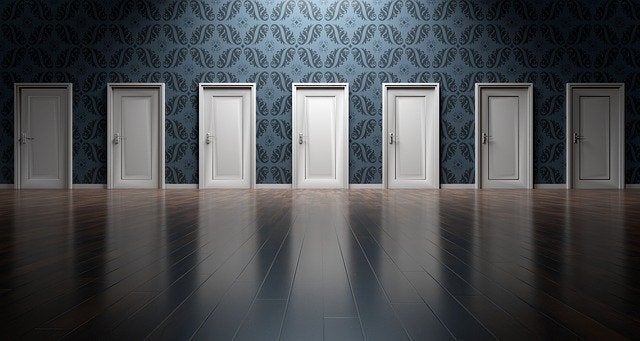 Learning how to choose a mediator might be critical to settling your case. This blog will help you understand the importance of choosing correctly.

As fans of the Harry Potter series, my wife and I were excited about the release of the final film, Harry Potter and the Deathly Hallows – Part 2.

We made a date, bought our tickets, and were magically transported into the fantastic world of wizards, witches, and muggles for approximately 2 hours. It felt great! We loved it so much, the following day, we saw it again with my mother-in-law.

For me, there is nothing quite like a well-crafted adventure/fantasy film that takes me away from reality for a much needed respite from the demands of the day. For those of you who have not seen it yet, I will not spoil it for you. Please read on.

Of course, whenever there is a story of magic, chances are good that magic wands will be involved. During this film, the audience is provided with more detailed insight regarding magic wands. I thought this could serve as a perfect comparison to mediators. So, without further ado…

How To Choose a Mediator - Magic Wands

Magic wands are described as being unique. Each is made from different ingredients. Some are more flexible than others. Some have characteristics such as “unyielding.” In fact, it is implied that wands are sentient. In other words, magic wands have the ability to know and perceive; they have a consciousness.

For example, one of the Harry Potter characters, Draco Malfoy, while pointing his wand directly at Harry Potter, explains to Harry that he has borrowed his mother's wand. Draco subsequently expresses that his mother's wand is powerful, but that it doesn't really understand him.

So how does all this relate to mediators?

Like magic wands, mediators are unique. Each mediator brings a different life experience to the mediation table. They perceive the world through their own, unique life filters.

NOTE: During my Master of Laws program at The Straus Institute, I had a fantastic course with Bill Eddy titled “Psychology of Conflict.” Bill Eddy is a lawyer and a Licensed Clinical Social Worker, and he runs the High Conflict Institute. We studied groups of high conflict personality types and the associated behavioral traits relating to conflict. Naturally, some mediators exhibit high conflict behaviors, as in the example above.

Like magic wands, some mediators are more flexible than others. For example, in cases where there is a history of domestic violence, a prudent mediator will strongly consider the possibility of keeping the parties separate throughout the mediation process. They do this to eliminate the possibility of intimidation and to provide the victim with a safe environment. They want the less powerful party to feel comfortable to open up, be vulnerable, and communicate effectively.

I have personally been involved with mediation where the parties had a history of domestic violence and the mediator either did not separate the parties or he/she encouraged the parties to come together in the same room. This approach is neither right nor wrong. It will depend upon the circumstances of a case. It demonstrates that mediators simply have different perspectives and approaches to mediation and domestic violence.

Like Draco's mother's wand, your mediator may not understand you. Do they have knowledge or understanding of personality type theory? Can they use that knowledge to facilitate communication between the parties? If you are an artist and you have a mediator who is an engineer, the probability is high that they may simply not understand you or your perspective on your dispute.

Lastly, there are different mediation styles. Some mediators are evaluative. In other words, they will listen to your story and provide you with their best guess as to what might happen in court. Other mediators are more facilitative and would prefer to avoid any discussion about your legal rights and what might happen in court. If you choose to go to mediation without a lawyer, you might want an evaluative mediator. If you know your legal rights because you have sought the counsel of a great lawyer, you might prefer a more facilitative mediator.

How To Choose a Mediator - Choose Wisely

In summary, I have shown you how mediators are similar to magic wands. Some are more flexible than others. Each has unique characteristics. Some may understand you while others may have no idea where you are coming from.

Like a wizard using the correct wand, it is absolutely imperative that you work with the appropriate mediator for your dispute. If there is one critical ingredient to the success of a mediation, it would be the mediator.

Fortunately, for all of us, mediators are not like wands in one respect. Fans of Harry Potter know that the wand-maker, Ollivander, has told Harry several times, that magic wands choose the wizard. Thankfully, a mediator will generally not choose you. You decide how to choose a mediator and you make the choice.